The worldwide celebrations of Batman’s 80th Anniversary have had as a first step Romics in Italy, trade fair of Comics, Cinema, Animation and Games that took place from 4 to 7 April, through an exhibition of original plates, gifts from artists, statues, transmedia contents dedicated to the'"pipistrell man", appeared for the first time on the magazine Detective Comics #27 on March 30th, 1939.

Warner Bros. Entertainment Italia, DC Comics, RW Lion and Romics have hosted  inside the Movie Village: comic book tables created by international and italian artists - in collaboration with C'art Gallery – official statues, gifts from authors and artistic installations along an historical course that began in 2017 with the exhibition of Tiferno Comics curated by Riccardo Corbò and Vincenzo Mollica,  updated by the same Corbò and enriched with transmedia contributions by Max Giovagnoli, for the wide italian audience of Batman.

The event was part of the official celebrations DC Comics dedicated to one of the most powerful icons in the history of comics, beginning from Austin last 15th March on the cry of "Long Live Batman". 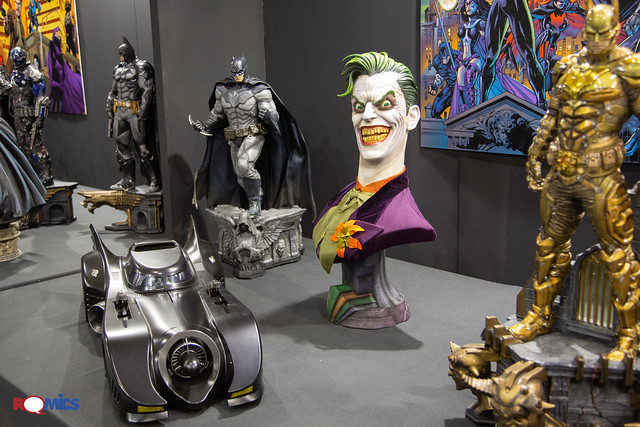